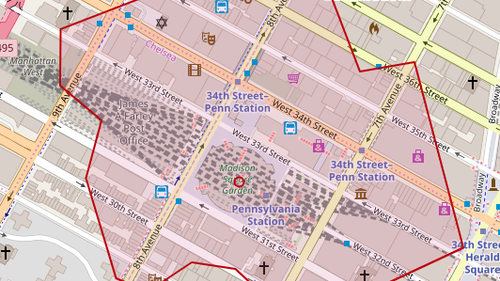 New applications, such as geo-marketing tools, car-sharing, or mobility apps, require handling large data volumes. Traditionally, most applications that require geographical query capabilities use PostgreSQL as a database. However, because PostgreSQL is a centralized database, its scalability capacities are limited. This post introduces LeanXcale as a scalable alternative for developers that process geographical data.

A few weeks ago, we explained in this article how to use GIS support in LeanXcale to draw vehicle positions on a map, to illustrate its capacity of handling and processing geographical data. But being able to support geographical data and operations is not enough; it is necessary to do it offering high performance for any data or parallel queries volume. Now, we would like to go one step further and have a look at LeanXcale’s performance when harnessing bigger datasets containing geographical information. In this journey, we will compare Postgres and LeanXcale with different dataset sizes. LeanXcale’s outstanding performance is based on three different aspects:

One of the aspects that cause this LeanXcale performance improvement over GIS data has been made by the design and implementation of a new filtering algorithm based on what is called Geohash. Geohash is a public domain geocode system invented in 2008 by Gustavo Niemeyer and (similar work in 1966) G.M. Morton, which encodes a geographic location into a short string of letters and digits. Geohashes offer properties like arbitrary precision and the possibility of gradually removing characters from the end of the code to reduce its size (and gradually lose precision). LeanXcale can use this gradual precision degradation to perform certain ST operations over geographical data, following the Geohash principle that specifies that nearby places will often present similar prefixes.

KiVi is a low-latency relational key-value data-store. It offers a disruptive design mono-thread per core design that avoids thread context switches, thread synchronization, and NUMA remote memory access, making it extremely efficient and cost-effective. KiVi takes advantage of the IO of the fastest storage device, but it doesn’t have a special requirement. KiVi is the perfect data store to provide the scan performance that a GIS database requires.

LeanXcale is a relational SQL engine, with a similar interface than PostgreSQL. LeanXcale is a fully distributed database. All its layers: its data storage, its transactional engine, and its SQL engine can be deployed from one to n instances, providing a linear scalability maintaining all the ACID capacities. LeanXcale behavior scales for big data and for number of parallel queries.

Focusing on the dataset size: The most popular GIS capabilities database, PostgreSQL, scale out based on having a unique write node and several read replicas. In other words, a table is fully replicated in all the nodes. The bigger a table is, the longer a scan query lasts. A 100 million rows table is a challenge for this structure.

On the other hand, LeanXcale splits the table in several pieces in the different data-stores (KVDS). This capacity allows parallel scanning and with the right data partitioning and optimal performance, no matter the size of the dataset. Additionally, LeanXcale can provide active-active HA.

To perform our benchmark test, we need:

Referring to the dataset, we again resorted to this research group’s work and found a reference to Brian Donovan and Daniel B. Work paper “New York City Taxi Trip Data (2010-2013)” from the University of Illinois. The dataset was obtained through a Freedom of Information Law (FOIL) request from the New York City Taxi & Limousine Commission (NYCT&L). Thanks to a generous hosting policy by the University of Illinois at Urbana-Champaign, this large dataset is publicly available, and you can find it here.

The dataset is organized as CSV files with the following column structure:

The interesting fields for this article are pickup_longitude and pickup_latitude. We selected the data corresponding to 2013 to perform this benchmark (~165 million rows).

Regarding the LeanXcale database instance, we deploy an instance with one meta node and eight data nodes. As described in our other articles, a single data node is composed of a Query Engine, a Logger Process, and, the most important for our current purpose, a Kivi Data Store. Kivi, the LeanXcale storage engine, can be fully distributed as all the tables are split and distributed across many instances. Consequently, the storage engine can run on many nodes without any tradeoffs.

Regarding the PostgreSQL instance, we selected:

For both databases, we created a single table, called TRIP_DATA, to store the complete dataset. Taking advantage of everything a database can offer is important to increase performance. As shown in the dataset description, we do not have geographical representations of pickup or dropoff points, but instead, have latitude and longitude data.

For PostgreSQL, we created a new geometry column and trigger to deals with the latitude and longitude conversion to a point type. So, in PostgreSQL, we have the structure:

“geom_pickup” is the new column with the representation of pickup_latitude and pickup_longitude as a geometry type point. To enable faster searches, this column is also added as part of the PK. We also define an index over geom_pickup:

The function used by the trigger to calculate the point is:

For LeanXcale, as we created an additional column for the geometry type in PostgreSQL, we create a new column in LeanXcale to store the geohash representation of the point geometry. This is declared as a constraint that uses LeanXcale’s special “geohash” function. Unlike PostgreSQL, when inserting through SQL in LeanXcale, there is no need to define a trigger as the Query Engine automatically calculates the geohash value of the point resulting from the latitude and longitude columns, and applies the geohash function from the constraint and inserts it into the table.

“ghpickup” is the added column for pickup_latitude and pickup_longitude as a geohash representation. To enable faster searches, this column is added as part of the PK and is in the first position of the PK, which is important to exploit for all LeanXcale performance capacities.

Also, LeanXcale permits the splitting of a table between data nodes to take advantage of parallel scans. For this purpose, a distribution is made based on the first field of the primary key, which is the calculated “ghpickup” column. The distribution is performed by executing a command existing in LeanXcale’s command console. For this benchmark case, the distribution results in each data node storing approximately 20 million rows. Additional LeanXcale tools are available to help users correctly distribute the data among the desired number of data nodes, such as a utility to calculate a histogram with statistics of tuples stored by a range of PK values.

Once the structure is defined, we load the data! We execute this data load through the COPY command in PostgreSQL and the lxCSVLoader tool in LeanXcale.

As we are handling real NYC Yellow Taxi trip data, let’s imagine several queries that could represent a real evaluation. We selected several famous places in NYC and, thanks to MapBox Open API, we obtained the geometry representation of:

To provide an idea of the range of these areas, the following shows about how a 5-minute walking isochrone appears (using as an example the 5- minutes walking area from Madison Square Garden):

Having these isochrones, we thought it would be useful for a taxi business to know, for example:

(In the following queries, only the area representation changes as these are the same queries in the previous case).

QUERY 3: HOURLY REPORT OF TAXI PASSENGER PICK-UPS WITHIN A 5-MINUTE WALKING AREA FROM WALL STREET DURING 2013 JANUARY, FEBRUARY, AND MARCH.

QUERY 4: DAILY REPORT OF TAXI PASSENGER PICK-UPS WITHIN A 5-MINUTE WALKING AREA FROM BROADWAY, DURING 2013 JANUARY, FEBRUARY, AND MARCH.

For this benchmark, we cover tests for the following cases:

Query executions are performed with DBeaver as a general database JDBC client.

What if we load the entire 2013 dataset on both databases?

We can see the results speak for themselves. There’s a gain of 99% on the query timing for searches over the geographical columns by LeanXcale. We also executed the queries over the PostgreSQL read replica with similar timings returned.

Next, we performed a vertical scaling on PostgreSQL. So, we created a new scenario where the physical AWS machine was improved to an “m5.4xlarge” AWS RDS service featuring 16 virtual cores, 64GB of RAM, and 300 GB of disk. We also created a read replica.

With the trip_data table storing ~165 million rows and multiplying the PostgreSQL machine power by 4.

Given these new results, the PostgreSQL times are better compared to the previous configuration, which is expected. However, this level of performance remains far from the performance offered by LeanXcale.

This significantly enhanced performance occurs thanks to the GIS filtering geohash-based algorithm developed by LeanXcale that takes advantage of the great performance of the Kivi Data Store offers. You can learn more from our whitepapers.

LeanXcale is a fully distributed database that provides outstanding performance for any size. The larger the dataset, the better the speed difference. With a moderate size database (40 million rows), LeanXcale is around 40% faster for heavy queries. With 165 million rows, the difference increases up to 99%, which is a difference that cannot be reduced even after scaling-up the PostgreSQL instance.

LeanXcale’s behavior is based on the combination of three components: its data-store efficiency, its scalable architecture and its Geo-has algorithm implementation. LeanXcale is the perfect alternative, since maintain when other GIS solutions cannot deal with the volumes.