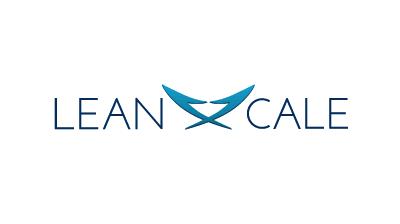 This article explains how LeanXcale is deployed to adjust its components to different types of workloads. LeanXcale is a database that supports multiple interfaces, such as SQL or massive ingestions using direct Key-Values, that incorporate all its components but are deployed differently. For example, if the workload is primarily SQL queries, then the deployment should include enough Query Engine instances to manage all queries. The various layers that compose LeanXcale are first described, followed by an explanation of the different components within each layer. Finally, deployment configurations are reviewed based on specific use cases.

The KiVi Datastore and Transaction Manager layers include multiple components.

The KiVi Key-Value storage engine has the KiVi metastore and KiVi datastore:

The Transaction Manager is composed of the following:

Some use cases for LeanXcale do not require processing much data, so these installations need only one node to run all components. A single instance of the components is launched on the same node. While the minimum hardware requirement for LeanXcale is 3 GB RAM, this limited amount can impact the performance if the workload grows. Therefore, the components feature a configurable memory to adapt to the hardware configuration of the node.

LeanXcale recommends the High Availability deployment configuration for production environments as it supports even full machine failures based on the replication of some systems.

This deployment does require more nodes, so the price of the hardware resources increases to incorporate at least two metastore nodes and two datastore nodes. In most cases, one of these nodes can function as a metastore and datastore node simultaneously to only require at least three machines to perform, as is necessary for the consensus protocol. Depending on the distribution protocol used by the components, some have active/passive replication, and others directly distribute the workload to increase what can be accepted by the deployment. For example, Mastermind features an active/passive replication with only a single instance working while promoting the passive instance to active only when the system encounters a crash and no longer has an active Mastermind instance. However, each Conflict Manager instance resolves many write-write conflicts by distributing the load of the client across multiple Conflict Manager instances.

The Datastore nodes have replication on the loggers, and all the regions of the KiVi datastore instances are replicated across multiple instances. Each Query Engine functions as an independent instance, so it needs no replication because they access the same datastore engine.

For scenarios where the workload cannot be defined before deployment, LeanXcale recommends including three node types:

This deployment configuration supports high availability by having at least two instances of each node type.

As a key benefit, this deployment easily adapts to any workload that LeanXcale might encounter. For example, if a workload uses mostly the KiVi direct API to access the storing engine and avoid the Query Engine overhead, the deployment may require multiple datastore nodes and only one compute node. The datastore node manages all KiVi direct API workloads, and the system remains prepared for any analytic SQL query that must be performed.

With the distributed design of its components, LeanXcale can run on multiple deployment configurations to support the best approach for any workload. This capability enables LeanXcale to adapt to multiple scenarios that opens new business opportunities as well as making it a great option for growing companies that do not yet have a well-defined workload. Companies using LeanXcale today have leveraged this adaptability, and you can read more about these deployments by our customers and request a demo to discuss the best deployment configuration for your business needs.